The Rise of Cashless Payments - Trends, Challenges and Opportunities 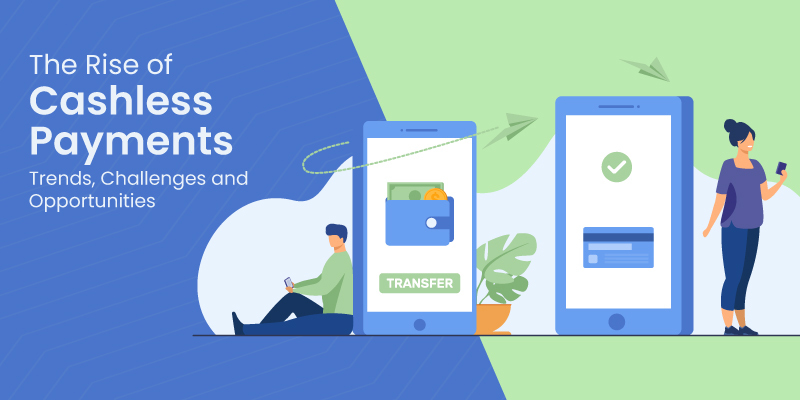 The cashless payment system is entering its golden age. It became a norm during the Covid-19 pandemic and provided more convenience compared to carrying cash. Here are some interesting statistics that show how far this system has come.

There is a general decline in cash usage. The 2021 diary of consumer payment choice revealed that cash payments represented 19% of all transactions in the US in 2020. That's a decline of 7%.

So, let's explore in detail the latest trends, challenges and opportunities of cashless payments.

First, let's start with the latest trend in this field.

Google is Upping its Rivalry With Apple By Launching Google Wallet

Even though they are on top, Google understands that this game has no winner. To survive, it needs to keep playing. So, this technological giant launched Google Wallet in 2022.

Any card with some text, barcode, or QR code can be saved as a generic card by the user. You can go completely wallet free with Google Wallet.

Google is also launching APIs to let developers integrate wallets with related apps. These applications will issue automated travel or flight schedule alerts based on the documents you have stored in your Google Wallet.

With this move, Google has killed two birds with one stone. Google wallet will store the digital version of all the physical cards, and Google pay can get used for payments.

Apple has already launched many of these initiatives that Google has proposed. So, with Google Wallet, the tech behemoth wants to level the playing field.

This new payment system has brought many benefits to people’s lives. But, some unique challenges have arisen too, which, if not addressed, can be seriously damaging.

Based on GoodFirms research, there are some pitfalls of cashless payment systems, like unhealthy consumer behavior. The University of Chicago Press Journals echoed this, too, in their case study.

Cash payments induce a higher level of negative arousal than cashless payments, directing the customer's attention to risk factors involved in purchasing decisions. For example, there can be health risks posed by specific food items. It reduces the consumer's desire to buy the product.

But this is not the case in cashless payment systems. There was no negative arousal, and consumers did not pay heed to any risk in purchasing a specific item. Also, they were more willing to buy the product.

Cashless payments have a more significant influence on purchasing decisions. However, risk consideration can affect it. Here are some examples.

The case study revealed that the payment mode did not matter when purchasing fruits and vegetables as it posed no risk to a person's health. But, it did impact when buying cookies and candies as those can harm a customer's health.

Another revelation by the study was that the mode of payment didn't matter for less educated people. It's because they did not know the harm that product poses to their health. Simultaneously it mattered to knowledgeable shoppers as they were aware of the dangers of consuming a specific item. Whether they heed it or not that's another matter.

So, it's essential to spread awareness among consumers regarding the unhealthy side effects of cashless payments. Otherwise, it can lead to an increase in debt.

Despite the problem, the cashless payment system has ushered in many opportunities that can go a long way in building a financially inclusive world and better accessibility to those underbanked. 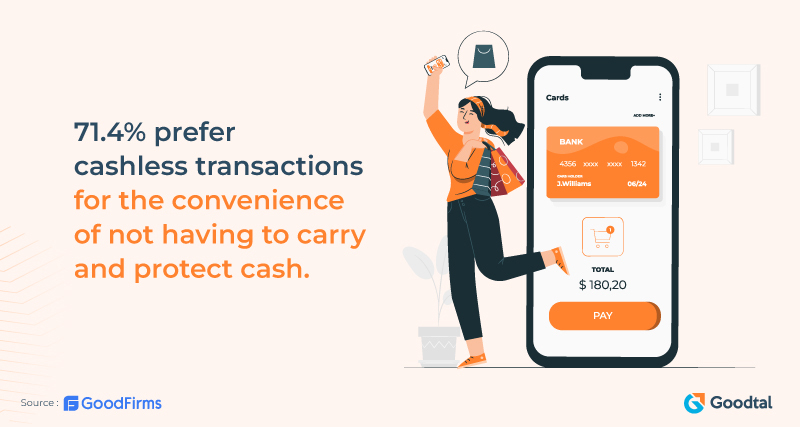 I will share Latin America's example to elaborate on it.

Latin America's population remains gravely underbanked. According to the World bank's report, only 55% of Latin American adults have an account at a financial institution. So, half of the population is not part of the banking system.

Digital wallets are changing this, as 73% of Latin Americans will likely use mobile services by the end of 2025.

30% of e-commerce payments in Latin America were done on the mobile wallet.

Digital wallets are helping the underbanked population in Latin America by providing an alternative to traditional banks. With the help of cashless payment systems, the world is moving towards financial inclusion globally.

In the USA, a survey was conducted among the underbanked to determine why they are not opening checking or saving accounts. The most common reasons included:

Relying on cash has been declared a second-tier economy. It describes individuals who are unable to pay bills online, obtain the best price, or are not able to find relevant products and services. They are financially excluded, exacerbating income and wealth gaps and blocking such people from participating in the economy.

But Fintech seeks to change this by giving marginalized consumers greater access to financial services through mobile devices and applications. They are disrupting the established traditional banks. Let me give an example.

The mom-and-pop-owned convenience stores and bodegas in local communities can become the shining beacon for the unbanked and underbanked. They are uniquely positioned to provide access to millions of customers.

A study by New York University in the Bronx revealed that 52% of customers shop at bodegas because they are close to their homes, and 68% reported shopping there at least once daily. The consumers have a deep sense of trust and familiarity with these establishments. It is not the case with more prominent chain outlets, like 7-Eleven and Circle-K, which continually shuffle employees hourly, making them unfamiliar to the consumers.

These stores offered different services to the communities, like money transfers, bill payments, check cashing, payday loans, etc. Many provide financial services like phone and gift card top-ups. So, they have the potential to evolve into fintech hubs that can offer a wide variety of services due to the trust that they have earned with the local people.

To Know More About Cashless Payments

Check out GoodFirms research on Cashless Payments, where you can identify the reasons behind the rise of cashless payments and understand the ongoing trends in this field. A total of 350 responses were collected. You will learn about the cashless payment system's benefits, challenges, and future. The research uncovers valuable insights into how the payment culture has transformed forever since the pandemic.

Kevin Brookshire is a content writer with Goodtal. He has 2+ years of experience in content writing and marketing. Kevin loves to write about cutting-edge technologies and emerging trends in the IT industry

Be first to respond

Looking for assistance in choosing a company?